When you book with an account, you will be able to track your payment status, track the confirmation and you can also rate the tour after you finished the tour.
Sign Up
1733

Rome has many beautiful piazzas. They are the heart of Roman life and a must-see in the city.

Home to some of the city’s most beautiful attractions and architecture, on this private piazzas walking tour you will discover the places that make Rome so unique.

The first stop of our tour will be Piazza Venezia, one of the largest squares in Rome. The square is known for the famous “Altare della Patria” or the Monumento Nazionale a Vittorio Emanuele II, built in honour of Victor Emmanuel, the first king of a unified Italy. Continuing with the tour, we will explore Piazza Navona, a square that displays the genius of Bernini and Borromini. Piazza Navona is one of the finest Baroque Masterpiece in Rome, here you will spot the imposing Fontana dei Quattro Fiumi, a marvellous fountain that depicts Gods of the four great rivers in the four continents as then recognized by the Renaissance geographers.

Our tour will take you to Via del Corso, a major shopping street that runs from the Piazza Del Popolo in the north of Rome to the Piazza Venezia. Next, of course, we will visit Piazza del Popolo, another important square in the Eternal City. Piazza di Spagna is on our route too, one of the most famous squares in Rome and a magical place, always full of people. Last but not least, we will admire the Pantheon, one of the most recognisable Roman buildings and also the only ancient Roman building remained nearly intact through the centuries and the Piazza della Minerva, a small square located just behind the Pantheon. The square is overlooked by the church of Santa Maria Sopra Minerva, which is wonderful and a unique example of a gothic church in Rome. It also has in its center one of the most peculiar statues by master Bernini: that of a small elephant with an obelisk on its back!

Join our tour and let’s discover together the wonderful squares of the Eternal City and the stories behind them.

The attractions won’t necessarily come in this order, but all the routes are guaranteed. 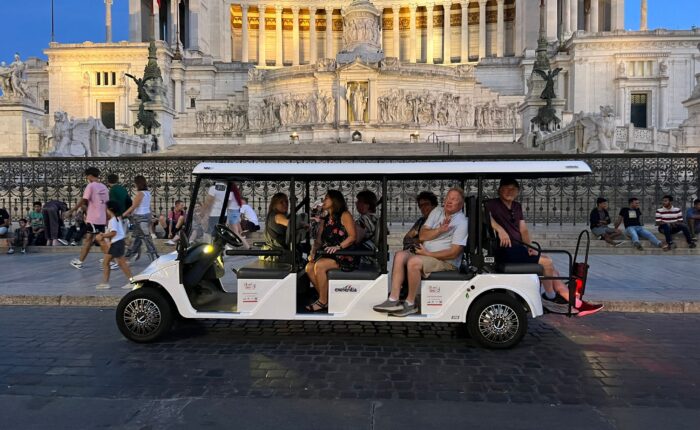